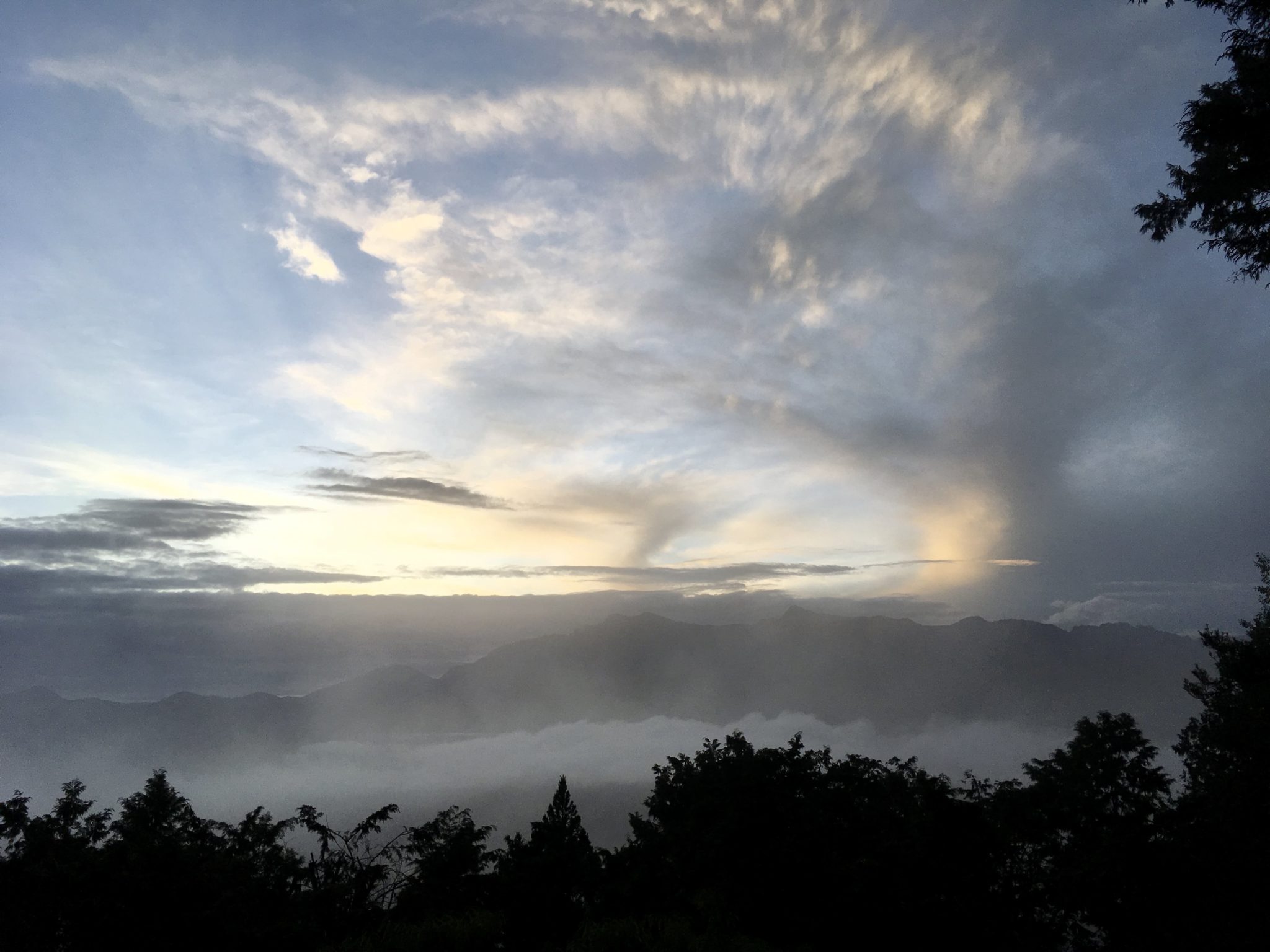 The clouds enter Alishan National Forest at will. They slip through cedar groves or descend from the heights of 3,000 year old cypress trees. The near constant humidity feeds the trees — root, branch and leaf.  Old trees die but their root systems remain intact, serving as a barrier to soil erosion. New trees spring up yielding multiple generations of cypress trees on one site. Parasitic plants like the rhododendron coexist in this ecosystem. Alishan National Forest is the green lung of central Taiwan.

Taiwan is a tropical island off the coast of mainland China.

From 1895 until the end of WWII, Taiwan was a Japanese colony. The Japanese influence is still visible in Taiwan from the billboard advertisements featuring Japanese brands to the design of Alishan National Forest. 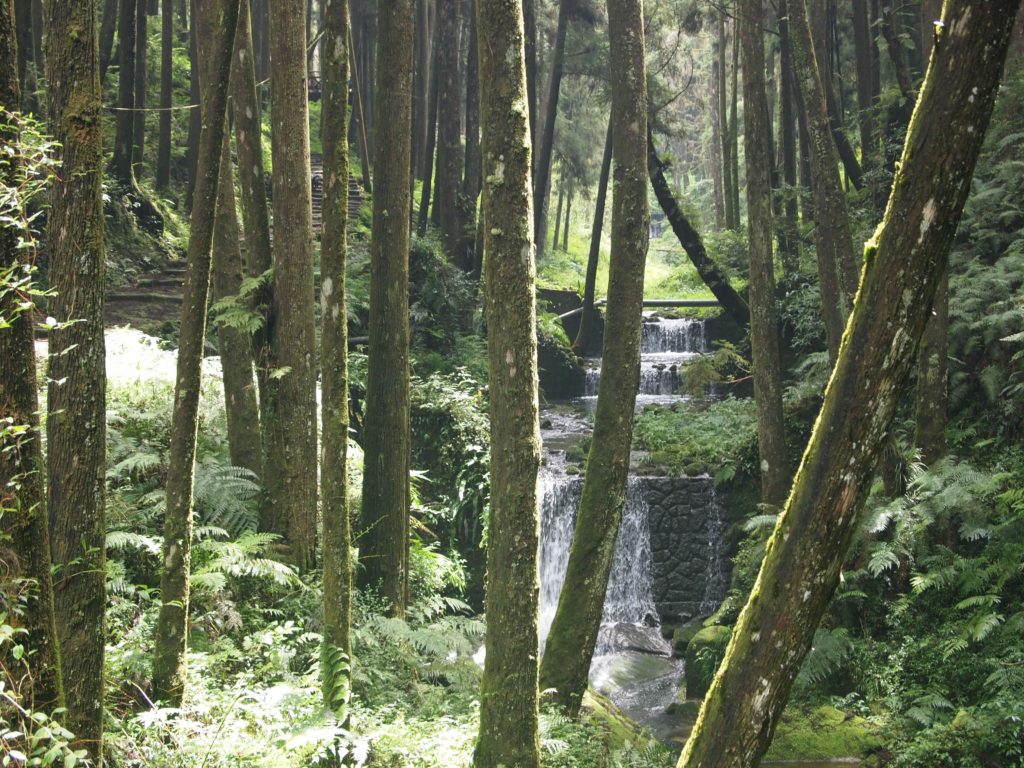 It was the Japanese who saw the commercial potential in the forest’s rich stands.

Bamboo, camphor, cypress and cedar could feed a nascent home-building industry. The Japanese built a narrow-gauge railroad to bring logs down from the mountain. Alishan House was built for the Japanese governor and his high-ranking staff. To render their stay more pleasant and maybe stave off homesickness, the Japanese planted cherry trees on Alishan.

The commercial exploitation of Alishan was paired, from the beginning, with a form of conservation. To replace the trees logged, the Japanese planted new groves. You can find these so-called plantations throughout the park. In Chinese, the term is 人工林 or man-made forest.

The Japanese also left intact the ancient stands of cypress (Japanese and Taiwanese).

They’re an awesome sight, all 36 of them, with an average age of 1,000 years old. You can try all you like (as I did) to capture them on camera. But you will be defeated. All you can do is stand in awe on the Giant Trees Park Trail and bow your head in respect. 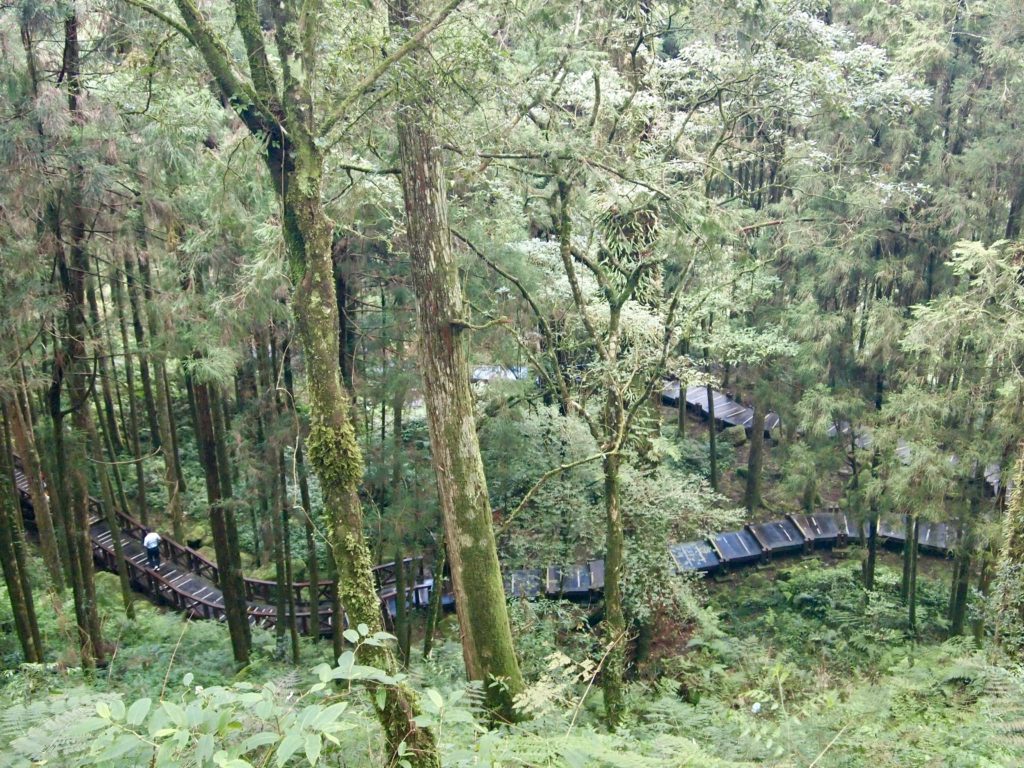 That sense of devotion isn’t hard to conjure when temple gongs clang in the distance or you stumble upon a Technicolor wonder of a temple in the middle of the forest. There are lovely little pagodas, photogenic ponds, and atmospheric mists that come and go like tree spirits. 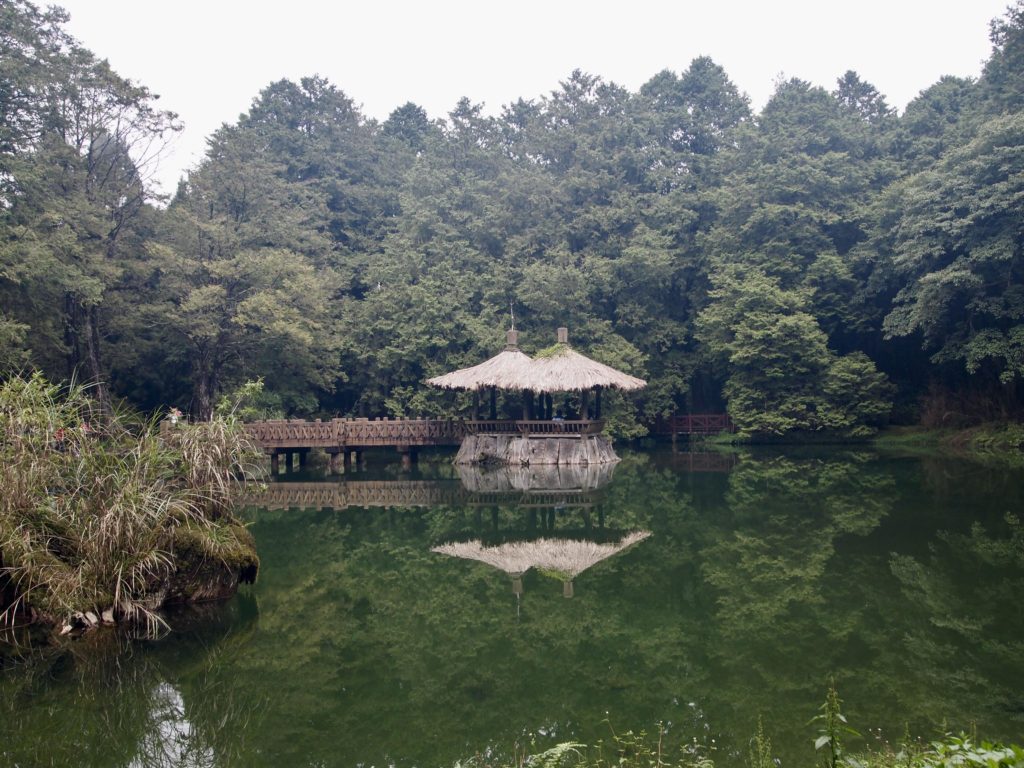 But the real reason why locals and foreigners alike come to Alishan National Forest is the sunrise.

To catch the sunrise requires a pre-dawn rise and a trek by foot (2 hours) or by bus and train (1 hour) to reach the summit at Chusan. Once there, you wait and hope for the clouds to part and reveal a legendary sunrise spectacle. On our visit to Chusan, we got some fabulous pre-dawn views. Then the clouds rolled in to spoil it all. 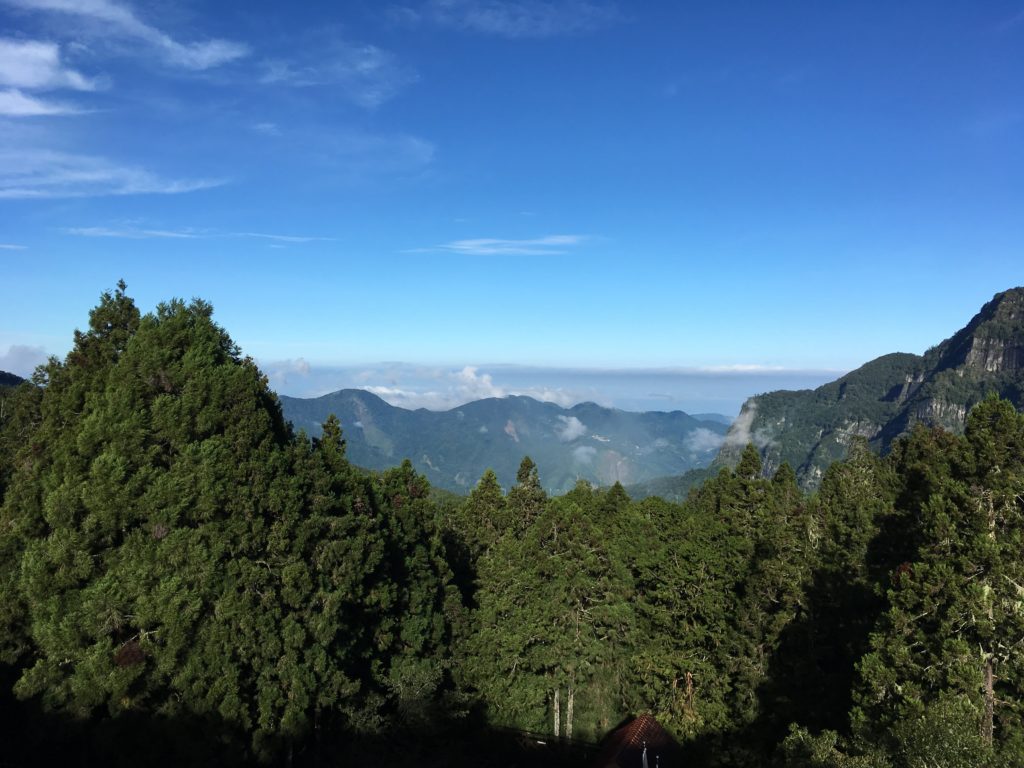 The cloud sea is the other great attraction of Alishan National Forest.

It affects the humidity in the air and the fall of sunlight. When a ray of sun breaks through, it can turn a dense patch of greenery into a feast for the eyes.

Karen Kao is the author of  The Dancing Girl and the Turtle, a novel of 1930s Shanghai, as well as numerous essays and short stories. Taiwan was the first stop on Karen’s round-the-world trip. You can follow her journey at her website inkstonepress.com.