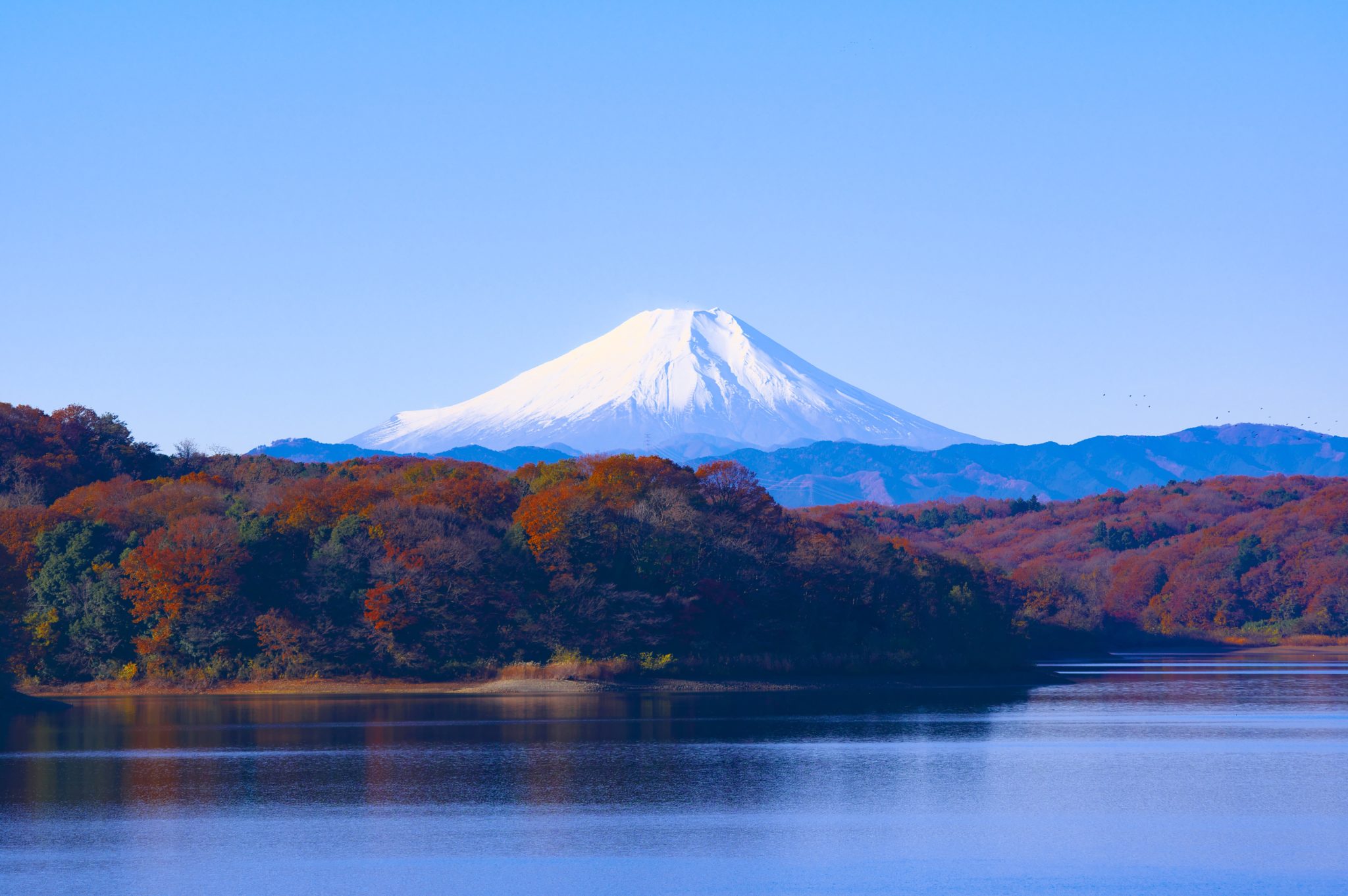 Japan is a land of fire and rain.

Active volcanoes continue to remake the landscape while underground steam vents fuel the countless onsen or hot spring baths that dot this country. These springs are fed by streams and rivers that, from time to time, overflow their boundaries. In the cities and towns of Japan, fire, landslides, and flooding are common dangers.

Such a violent landscape breeds breathtaking scenery. From snowy Hokkaido in the far north to tropical Okinawa in the south. But most visitors to Japan restrict their travel to the cities of Tokyo and Kyoto. World-class destinations, to be sure, but did you know you can also hike between those two cities?

The Nakasendo is a 534 km long-distance trail that starts at the Sanjo Bridge in Kyoto and ends at the Nihonbashi Bridge in Tokyo. It’s one of five routes built to link the capital of Edo (now Tokyo) with the rest of the country.

Military transport and communication were its initial purpose. Later, the shogun required his lords and their families to visit Edo once a year. The journey from Kyoto to Edo took 12 days — on foot, by horse or carried in a sedan chair — through misty valleys, across thundering rivers, and through narrow mountain passes. Travelers rested in one of the 69 juku: post-towns where fresh horses and bearers could be procured or the weary could recuperate at an inn.

Today, you can still walk sections of the Nakasendo. The trail is excellently marked and well-maintained. You can stand at the top of a mountain pass and imagine yourself to be an Edo era lord, surveying the land. Or perhaps like a poor bearer struggling uphill with your barrels and crates.

Last month, I walked the Nakasendo. This is what I saw.

Most hikers start in Nakatsugawa, a transit hub for buses and the excellent JR railway system. If you’re feeling frisky, you can walk up the hill to Magome-juku, the first post-town on this part of the Nakasendo. Otherwise, you can follow all the other tourists to the bus that will bring you to the top. 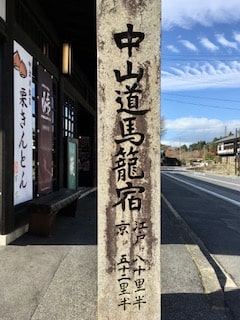 Magome itself is a bit of a tourist trap. There are lots of day-trippers and souvenir shops. But don’t despair. Most of them won’t make it up the hill. When you do, the traffic will stop and all you’ll hear is the bamboo forest creaking. If you see signs warning of black bears, just ring the handy bell at the start of the trail.

Cobblestones soon give way to dirt paths. If you’re here in the fall, you’ll be rewarded by a magnificent array of colors as the leaves change. It takes 3 hours to cover the 8.3km from Magome to Tsumago, the next post-town. For this leg of the hike, you’ll be accompanied by a creek clattering at your side.

Once you pass Tsumago, the real hiking begins. The trail to Nojiri is 18.4km long with an ascent of 723m and a descent of 644m. You’ll pass through rice paddies and up mountain ridges with views of the towns below.

You’ll also find signs of ancient Japan. Edo era travelers were able to track their progress using the ichiri-zuka, markers set every 3972m. Today, you can find a pair of rare survivors close to the village of Nagiso. There’s the 12th century Kabuto Kannon temple, where a general buried his helmet to pray for victory in battle. Or the detour built for Princess Naminomiya in 1733 when torrential rains washed out the road. 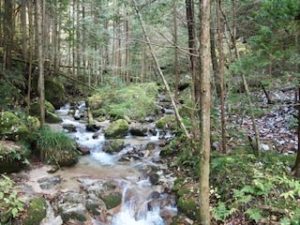 Nenouetouge Pass is your goal today. Once you’re through that narrow mountain road, it’ll be all downhill from there. Be aware. Not all the towns along the Nakasendo offer overnight accommodation. I took a train from Nojiri to Kiso-Fukushima to spend the night at a ryokan.

Ryokans are traditional inns. You’ll find tatami mats on the floor, paper screens for walls, and a futon in the closet that will come out when you’re ready for bed. You may be sharing a toilet and washroom with the other guests. But if you’re lucky, you’ll have a communal onsen, too. A generous Japanese breakfast and dinner are part of the deal.

It’s a good idea to rest up before the next leg of the Nakasendo. You’ll be crossing the ominous Torii-touge Pass. But the climb is well worth it because at the top awaits a magnificent torii or Shinto shrine gate. The shrine was built by a 15th-century samurai who appealed to the local god Mount Ontake for victory against a rival clan. The mountain is visible from the shrine, as are numerous statues to appeal for the gods.

You can go farther than I did. Onwards to Karuizawa (a fave of John Lennon and Yoko Ono) to Sakamato-juku or even into the Japan Alps. Walking the Nakasendo is a wonderful way to steep yourself in Japanese history and breathe in the brisk mountain air. Stand on top of the Torii Pass and bow your head to the thousands who have gone this way before you. 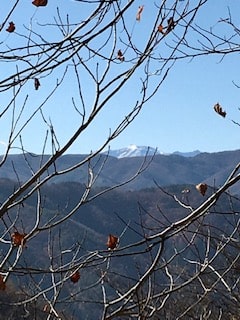 • You can walk the Nakasendo in either direction.

• It’s not strictly necessary to use a travel agent to walk the Nakasendo. However,  since inns along the way are few and far between, you’d be better off booking your bed ahead of time. I used Oku Japan.

• The trail is well-marked. Signs (in Japanese and English) will point the way.

• No luggage needed! Your ryokan will furnish a thin cotton robe for you to sleep/lounge in, toothpaste and a toothbrush, soap, and shampoo. So leave your luggage at the train/bus station locker or use the brilliant Black Cat luggage forwarding service to send your baggage to your next destination.